“The part of philosophy that is about understanding existence and knowledge.”

In this article, we will take a look at how, and why, hallucinogenics alter metaphysical beliefs.

Anybody who has consumed a hallucinogenic compound in threshold doses will have noticed that this can help you think and interrogate ideas in a different way. If you have taken more than a threshold dose, you will have been forced to interrogate your reality, and if you have taken a very strong dose, you will have had the experience of losing your ego, losing your sense of self, and becoming just a bunch of vaguely connected thoughts rushing through time and space and then having to reassemble all of this into, hopefully, an improved version of you, when the effects wear off. Here is an excellent link and description of the various dose-linked stages of exploration of our minds that we can embark on.

Metaphysics as a philosophical branch has quite a broad range of subdisciplines. Some of these are very fact-based, using measurable facts to derive an understanding of the universe – for example, physical cosmology where we use instruments to measure aspects of the universe and then use these measurements to derive theories. We can then move into aspects of metaphysics such as Esoteric cosmology which uses a less measurable and more thought-based system of ideas to construct a specific reality.

Can hallucinogenic substances change your perception of religion?

Religions provide, to a lesser or greater degree, some explanations for our existence and how everything supposedly works – this makes religion and metaphysics a linked reality. For many people, a psychedelic experience such as those that DMT can confer, often allows people to meet a higher entity, or entities that have the knowledge to transfer. In this regard, DMT is often called the God molecule because it allows a connection with some superior knowledge source.

For an atheist such as myself, when I have had such experiences it has shaken my belief in the system I tend to primarily describe my understanding of the world to. This has forced me to ask myself sometimes uncomfortable questions, and it is likely that with continued exploration I may be forced to change my belief in the universe and consider a more religious explanation for reality – this would mean that my metaphysical beliefs had been changed.

I once took magic mushrooms with somebody who had a deep Hindu understanding of the Universe. When she took the mushrooms, she mediated in front of a Ganesh image, and listened to Mantras. After she returned from her path of discovery, she profoundly proclaimed that she just understood it all a lot better now. I asked what she understood, and she said that everything she had ever been taught about the world, how it connects, and how being good is the best path was very easy to understand now. She had always been taught this understanding through the male lens of her teachers, and this conferred upon her a level of guilt at her female desires and existence.

She emerged a far better person, as she had often been a bit suspicious of her culture and religion as a control system. When she took the power of interpretation of what her religion meant to her personally away from the teachers and into her heart she started to grow as a person. In this way, she removed societal guilt as a control mechanism over her female existence – a profound metaphysical freeing experience.

Can hallucinogenic substances change your perception of science?

Science is essentially a hypothesis-driven methodology for proving or disproving a hypothesis. In other words, a scientific hypothesis is an educated guess – we could for instance, based on the proven knowledge that we already have, hypothesize that a molecule that bears some resemblance to serotonin may bind to serotonin receptors and that this will have some effect – hallucinogenic, anti-depressant, etc. We would then synthesize that molecule and find some neurological system to test it on, and then see if it does in fact bind to serotonin receptors. If it does, we have proven our hypothesis correct, and if it does not, well then we have to go back to the drawing board and find another hypothesis. Eventually, you get quite good at choosing good hypotheses, so that you can get these things right, and add to the body of knowledge.

One of the worst things about all thought forms is that they become bound by dogma – we have always done it this way, so this way is right – dogma is not good (that sounds dogmatic which is also not good). So let us say that being dogmatic may be more harmful to progress than being more open-minded. In this way, we leave a door open to perceiving things outside established dogma. 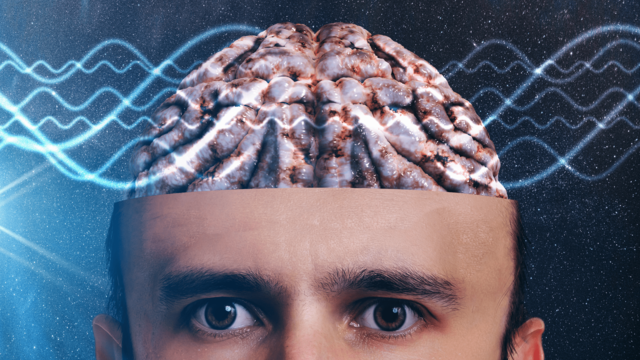 I have a friend who when he was a student partook in a not-insignificant amount of mushrooms, mescaline, LSD and I am sure many other things. His version of reality became quite divergent from his academic mentors, and he hypothesized that the area right behind my town contained some of the richest potential ancient fossil-bearing rocks on Earth. He claimed he had visited the rocks and saw ancient fish and seaweed fossils.

He was generally laughed at, and ridiculed by the establishment at the time. However, a bypass was built through the mountain where he anticipated the fossils to be, and sure enough, he was right. He collected twenty-odd tons of this rock and had it delivered to his small holding, and spent the next thirty years scratching through the sedimentary rocks and finding some of the most fascinating fossils. These literally piece together the early evolution of the things that emerged from the primeval soup giving us what we now call fish. Out of hallucinogenics came things that have changed all of our basic knowledge of the origins of higher life – so yes indeed – the impacts on metaphysics were huge.

Would metaphysics exist without hallucinogenics?

If we look at the works of the psychedelic ethnobotanist Terrence Mckenna (who’s birthday was ironically the same day that I am writing this article (discovered that now) he felt that the impact of psychedelics on neurological development may have been so great that that was what gave us the complex brains we have today. For more on the stoned ape theory watch this documentary.

If you follow the logic of this metaphysical argument, we probably would not have our brains, let alone the ability to question complex concepts, hence no hallucinogenics, no evolution of big brains, no evolution of higher thought, and, no you.

So to answer our question: Can hallucinogenics alter metaphysical beliefs?

They most definitely can! And if you are not finding that hallucinogenics are not changing your metaphysical beliefs I would suggest that you should try to grow your own mushrooms and you can get a kit here. Mushrooms are a great first step into the world of altered reality, are gentle teachers in small doses (try these first), and can crack reality open quite significantly in larger doses (try these much later).

Happy metaphysical restructuring, and I wish you great joy in discovering how much better the universe is than what the system wants us to believe.