Genius, Scientist And Psychedelic Seeker Of The Truth

There are very few individuals in history who can claim to have changed the world. Every so often, a person comes along who completely rewrites our understanding of the world and ourselves. One such individual, known as "the father of psychedelics," inspired a movement that spans across culture, society, science, philosophy, and ethics. In this article, we will look at the life, career, and legacy of the world’s foremost expert on psychedelics, Alexander Shulgin!

The journey of Alexander Shulgin began at the world-renowned Harvard University, where he was enrolled under a scholarship program studying organic chemistry. His stay at Harvard was cut short by the war, during which he enlisted to the United States Navy, serving his country during World War Two.

During the war, Alexander recounted that he faced certain experiences that changed his understanding of the human mind and piqued his interest in psychology and the effect of substances on the human mind.

This curiosity led Alexander to complete his doctoral and post-doctoral studies in biochemistry, psychology, and pharmacology, which formed the ground word for what was about to come!

A Change in Perspective

During his career at the Dow Chemical Company as a senior research chemist, Alexander encountered some experiences that would forever change his life. During the 1950s, Alexander began experimenting and exploring the effect of different psychedelic substances on the human mind and its perception.

This new journey began after his experience with Mescaline that sparked a series of metaphysical and spiritual realizations. These unique experiences led him to understand that the world is more than we can see with our eyes, and the universe is inherently connected and present in part within all of us.

After extending his exploration of mind and perception altering substances, he further began to develop his theory of the cosmic mind.Through careful experimentation, he realized that the perception of the human mind is limited due to our ignorance of what lies beyond our understanding.

He developed the opinion that the mind can be enabled to experience a far more profound connection to the universe with the help of chemical substances that complement the structure and functioning of the brain.

This new understanding led to a life devoted to the knowledge and perfection of psychedelic substances that have created a cultural movement across the world in its wake.

Alexander Shulgin entered a new era in his career after he was able to deliver a compound known as Zectran to the Dow Chemical Company that proved to be highly profitable for the company.

In exchange for the patent, the Dow Chemical Company offered Alexander the freedom to continue his research at their laboratories in whatever way he pleased. This new scenario laid the foundation of the future for Alexander's illustrious career.

From here on forward, Alexander began his research into the synthesis, purification, perfection, and experimentation with a wide range of psychedelic, cognition enhancement and perception modulating chemicals and substances.

His primary research was focused on two classes of substances: phenethylamines and tryptamines, which he described and cataloged in exquisite detail, leading to two seminal publications with the title "PIHKAL" and "TIHKAL" ((standing for Phenethylamines and Tryptamines I Have Known And Loved).

These publications also led to his partnership with the DEA where is considered responsible for forming the most considerate mindset he possibly could during that time towards the acceptance of psychedelic substances at the organizational level.

After a change in perception at the DEA related to his work, Alexander resigned from his position at the Dow Chemical Company and inaugurated his small laboratory under permission from the DEA at his personal property.

Here began another leg of Alexander's research and experimentation.

At the Farm, Alexander was introduced to MDMA by a student with whom he was conducting research. Thus, began a round of rigorous self-experimentation, which eventually led Alexander to enlist the help of others, forming a team, and develop a scale with associated vocabulary meant to describe and categorize psychedelic experiences quantitatively. This scale is called the Shulgin Rating Scale.

During his work at the Farm, he also conducted experimentation with new substances that he synthesized by modulating slight changes to the chemical structure of known psychedelic substances.

This effort led to the discovery of the 2C and Dox family of compounds that were hitherto unknown to the scientific community.

Legacy of the Maestro Alexander Shulgin

The Great Alexander Shulgin contributed more to the scientific and psychedelic community than many of his contemporaries could even imagine. His legacy has formed the basis of a cultural and political movement that has spread across the world, forming new legislation that brings more creative freedom for the pursuit of rewarding and fulfilling experiences with psychedelics in society.

Alexander Shulgin succumbed to cancer at the ripe age of 88, surrounded by those he loved at his Farm.

His life and work have inspired many to pursue further research and experimentation in the field of psychedelics based on his work. He will always be remembered as the “Godfather of Psychedelics” around the globe. 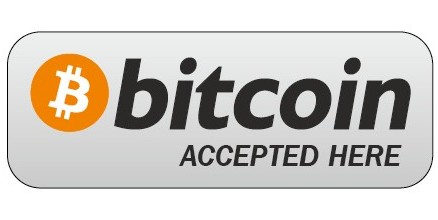